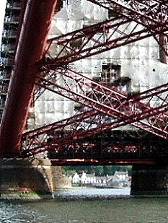 The links below outine some of these projects and in some cases lead to resources developed from them.

Click on the photos or the titles for details of the projects...

Hospital Finishes produced software tools for the optimum design of aspects of hospitals for the Dept. of Health

Telecare in Aberdeenshire researched, developed and installed systems in the homes of people with disabilities